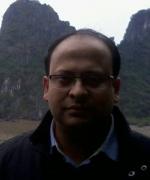 Book: Electron transport and quantum interference at the mesoscopic scale by Colin Benjamin. Get it from Amazon.

Institution: National Institute of Science Education and Research
Description: Applications from Indian nationals are invited for one temporary position of Research Associate-III under the project “Non local correlations in nanoscale systems: Role of decoherence, interactions, disorder and pairing symmetry” in the School of Physical Sciences, NISER funded by SERB, Govt. of India.

QUALIFICATION: Candidate should have PhD or equivalent degree in Physics (preferably in theory). Those who have submitted their PhD thesis related to the above field are also eligible to apply.

FELLOWSHIP: - Rs.40,000/- + HRA per month (as per revised SERB norms) AGE: 35 years as on last date of application, age relaxation to entitled categories as per SERB rules.

Last Date of Receipt of Application: - No fixed deadline, send me an email if interested.

Candidates may send soft copy of the application along with complete Bio-data by email to: colin@niser.ac.in